11 Now many nations are assembled against you, saying,“Let her be defiled, and let our eyes gaze upon Zion.”

There are differing views held among history scholars as to whom “many nations” may refer to. For instance, there are some of the opinion that “many nations” refers to a mercenaries from many nations in either an Assyrian (King Sennacherib, 701b.c.) or a Neo-Babylonian (King Nebuchadnezzar, 588-586) army.[1] These mercenaries may have come primarily from Edom, Ammon, and Moab, Judah’s neighbors to the east.[2]

In general, Judah’s pagan neighbors were determined not to have a Yahweh worshipping settlement in their midst. So much so that Judah’s history is beset with accounts of it neighbors harassing them in one-way or another. Particularly, thwarting attempts to fortify Jerusalem. Nehemiah 1:3 confirms that the postexilic remnant were harassed by their neighbors, Jerusalem’s walls were broken down, and the gates were on fire. The harassment got to the point where the laborers would rebuild the wall with one hand while holding their weapon in the other (Neh. 4:16-20).[3]

Consequently, the Bible substantiates that the intent of the many nations was extraordinarily hostile towards Judah. Historically, the pagan nations conspired to defile her, a metaphor for violently sexually assaulting a virgin, and then insultingly gazing upon her sorrow.[4] Beyond that, this passage may typify one of the final stages of an eschatology that culminates in an apocalyptic battle between Israel and her enemies (cf. Isa. 29:5-8; Zech. 14:12-15).[5]

12 But they do not know the thoughts of the LORD; they do not understand his plan, that he has gathered them as sheaves to the           threshing floor.

The many nations are unaware that God was in complete control of all that was happening. Unbeknownst to them, the besieging of Jerusalem was within His sovereign plan. Certainly, Yahweh used the Assyrians, Babylonians, and other empires to discipline Judah but His plan would not allow them to be destroyed. On the contrary, God’s ultimate plans for Judah were “plans for welfare and not for evil, to give…a future and a hope” (Jer. 29:11).[6]

Even so,  the nations were under the impression that they had united to desecrate Zion, “the Holy of holies”.[7] All the meanwhile, the Divine reality was that God had determined war against them and the harvest is to be understood figuratively as His judgment (cf. Jer. 51:33; Matt 13:30; Rev. 14:15).[8] Despite the many foreign threats, Judah’s agrarian culture would have understood Micah’s imagery as Yahweh preserving Jerusalem. In God’s time, the nations seeking to rout “Jerusalem would themselves be vanquished.”[9]

13 Arise and thresh, O daughter of Zion, for I will make your horn iron, and I will make your hoofs bronze; you shall beat in pieces many peoples; and shall devote their gain to the LORD, their wealth to   the Lord of the whole earth.

Zion is depicted as an ox or heifer, an agent of God’s judgment, whom he calls to battle (Hos. 10:11). Jerusalem’s horn will be as iron and her hooves as bronze. This is significant imagery because in Old Testament culture horns were a symbol of power. An iron horn would have conveyed a sense of invincibility and endurance. The iron horn may also represent an ox that gores the many to destruction. Similarly, the bronze hooves will equip Yahweh’s people to pulverize His enemies. In other words, God would divinely enable Zion in such a way they will issue a crushing defeat.[10]

The victory is not to serve any selfish interest for self-aggrandizement nor wealth on Zion’s part. The purpose of it all is to demonstrate Yahweh’s sovereign rule of the world. Zion will attribute all the glory to God while consecrating all booty gained from the many nations to the Lord.[11] The sacred reservation is “in effect a political and economic” proclamation “that Yahweh is ‘Lord of all the earth'” (cf. Zech. 4:14; 6:5; Ps. 97:5; Josh. 3:11, 13).[12] In addition, devoting all the booty gained during a holy war to Yahweh was ancient ritual Israelite ritual acknowledging that the victory was God’s.

[2] Fausett, A Commentary: Critical, Experimental, and Practical on the Old and New Testaments, 2:598.

[4] Fausett, A Commentary: Critical, Experimental, and Practical on the Old and New Testaments, 2:598. 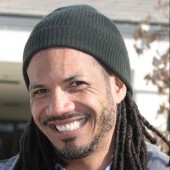 Introduction to Micah (I of VII)